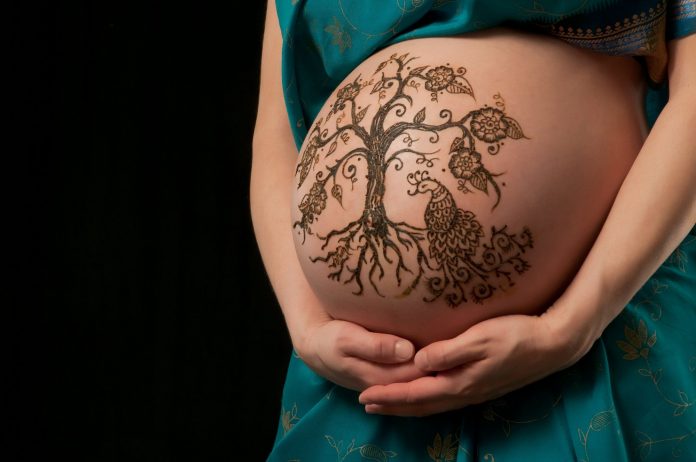 Many pregnant women with a tattoo have faced such a situation: They want to get their tattoos removed because of some private issues. They wonder if they could get a tattoo removed during pregnancy and don’t know much about the safety of tattoo removal. This article will answer these questions.

Before getting into any detailed information you should keep a basic principle in mind, that any tattoo removal procedure has its health risks and has potential harmful effects to your pregnancy although there is no specific research or study saying that it’s not safe. The choice is in your hands.

Generally, getting a tattoo removed will cause skin scarring. It’s not wise to get a tattoo removed during pregnancy because of the change and expanding of your skin. The best time of tattoo removal is at least 3 months after pregnancy, suggested by doctors. Most methods of tattoo removal will cause ink dispersed into the skin after a few treatments and it will influence the fetus to a certain extent although the influence is unknown or imperceptible. So you’d better consult some professionals for more information.

But some people may ask: What can I do when I found I was already pregnant after gotten some tattoo removal treatments?

Well, this depends on which removal method you used. You can refer to this article to know about the shortcomings of various tattoo removal methods. For most methods except laser treatment, harmful chemicals are involved and may affect your pregnancy. But if you chose laser tattoo removal method to get your tattoo removed, there would be no or minimal risk to your fetus because causes only superficial burns to your skin and no chemical or creams involved. The extent of the effect is also related to the time of pregnancy, the early, and the safer.

But no matter what treatment you’ve gotten, we strongly recommend that you wait at least until the birth of the baby to continue. Like what we mentioned above, the effect of the dispersed ink to your baby is unknown. As physicians suggest not getting a tattoo during pregnancy, probably it’s not safe to get it removed because of the absorb-ability of the ink.

Laser Tattoo Removal Cost-How Much Should I Invest

How to Remove Permanent Tattoo with Lemon Juice? Real Fact

Do Acne Scars Ever Go Away?

Dewy
The Skin We’re In Healthy skin is beautiful. Soft, smooth, and supple. Skin is composed of intricately placed microscopic cells. The skin cells that grace...

Whiteheads on Nose: Causes and Treatments

How to Get Rid of Freckles

How to Get Rid of Redness From Acne

3 Best Scar Creams for After Surgery

Do Acne Scars Ever Go Away?

Whiteheads on Nose: Causes and Treatments

How to Get Rid of Freckles