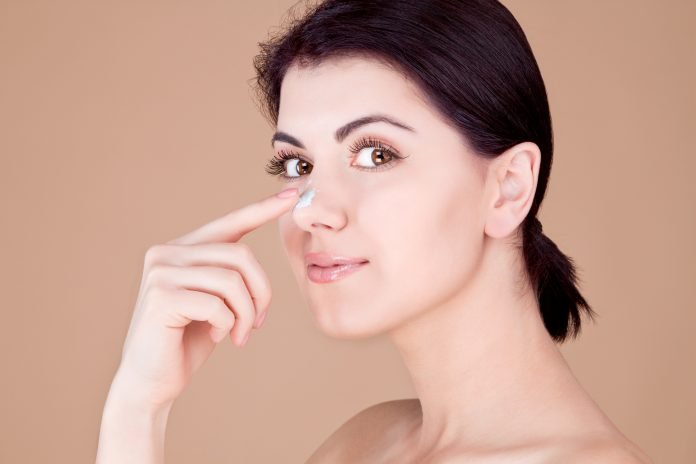 The anatomy of the protruding nasus is a puzzling combination of skin, cartilage, soft tissue, and muscle, a bustling highway of nerves and sinus cavities stretching through the forehead and cheekbones: the nose.

It extends with distinction from the face and is a vital component of the respiratory system. The nose even helps form consonants and vowels during speech.

It’s funny what a nose symbolizes. Rudolph has a shiny red one to light the way. They are part of a clown’s features.

Nikolai Gogol, a Russian satirist, wrote an entire story called The Nose, detailing the journey of a St. Petersburg official’s nose that detaches from his face to find a life of its own.

In the Bible, it is suggested that the nose is best used to hook and arrest people. And superstition has it that when the nose itches, a visit from a stranger is imminent.

Human noses come in a plethora of styles: turned-up, Greek, hawk, snub, flat, bumpy, and Roman. No matter the shape or size of a human nose, a clogged, closed pus-filled pore – or whitehead – resting and festering on the nose, is an obvious beacon for attention.

Sometimes intensely painful whiteheads find themselves circling the nostril, or popping up in the crevice – the Ala Apex – between the face and outer nostril.

Or, like Rudolph, a whitehead lands right on the tip of the nose, like a headlight. A big enough whitehead can be a distraction even to the person sporting it, just by looking down the bridge of the nose. So, what causes whiteheads on the nose?

The forehead and the nose make up an area known on the face as the T-zone. Inclined to be more oily than the rest of the face, the T-zone is increasingly more susceptible to acne. Add anxiety, hormonal changes, stress, puberty, nutritional imbalance, and a host of other factors, to already oily real estate on the face, and whiteheads will creep in without a warning.

Lean in close to the mirror and count the row upon row of pores spread across the nose. You’re looking at a lot of potential whiteheads. The key to keeping whiteheads and other acne from staking claim on the nasus is regular cleansing and exfoliation.

Pores are the microscopic openings in the skin which allow liquids, oxygen, gases, and other particles to pass. Pores release toxins. Dirty skin leads to clogged pores, which leads to the pores trapping dead skin cells, dirt, free radicals, and oil, or as it’s known scientifically, sebum.

Except for the palms of the hands and soles of the feet, each pore on the body contains a sebaceous gland. An open exocrine gland, which opens into the hair follicle, produces essential oil to keep hair and scalp lubricated and healthy.

When a sebaceous gland overproduces oil, the pore becomes clogged. The combination of too much oil, dirt, and free radicals causes the pore to seal and become infected. The lack of oxygen turns the trappings in the pore white, which come to a “head” on the surface of the skin.

Take into account the T-zone and one of the oiliest places on the face, the nose, and it’s a safe bet that this breeding ground for dirt and bacteria is ready to put up a good fight. Not only is the nose an oil factory, it’s also extremely sensitive.

The skin on the nose is pulled taut and doesn’t have much room to expand. Whiteheads fight for space inside a nerve-filled and tightly packed nostril. Picking and squeezing at a whitehead on, in, and around the nose can cause painful reactions and skin flare ups, sometimes even bleeding.

Each follicle inside a pore is activated by between two to 20 sensory nerve fibers. Pressing down on a whitehead to release the bacteria is an eye watering experience at best. If the whitehead does manage to pop open, complete cleansing of the area should be done with mild soap and freshly washed hands. Otherwise the pore runs the risk of trapping whatever collected on the fingertips in the squeezing process.

The No’s and Knows for the Nose

Right Under Your Nose

And maybe inside and on the tip. The fact is, whiteheads are only as relevant as the skin is dirty. The tips and tricks mentioned above, along with a nutritious diet and lots of hydration, make for an amazing daily routine.

If there is time to stop every morning for the boutique coffee and to spend time voyaging through the social media cosmos, there is time for a twice-a-day cleansing routine. In between the routine, treat the skin to a soothing and refreshing charcoal mask.

Look for a mask powerful enough to extract and remove dead skin cells. A mask containing activated charcoal and salicylic acid packs a one-two punch. Using extremely high temperatures to process natural coconut shells, or olive pits or sawdust (to name a few), the charring process leaves behind charcoal. The change in its molecular structure makes the charcoal more porous. The base of a charcoal mask is typically clay or mineral mud.

Charcoal masks are naturally potent and have the ability to get deep into pores and extract copious amounts of dirt, and extra sebum. Wash, rinse, pat dry, tone, mask. Looks like a whitehead-free nasus is right under your nose.

Best Products for Whiteheads: From Cleansers to Peels

Dewy
Starting a new skincare routine can be overwhelming for a few reasons but mostly you may just not know where to start or what...